Azzedine Alaïa,  died on Saturday in Paris. He was 82. His company said the cause was a heart attack.  Alaia was called a sculptor of the female form, and his couture were worn by women from the First Lady Michelle Obama to Rock Star Lady Gaga.

“I dressed women directly on their body, by intuition. This is how I gained experience,” he once said. 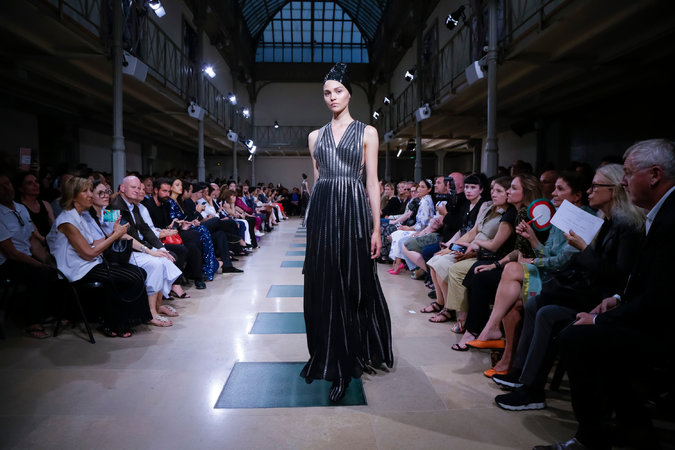 He “changed my conception of fashion,” said Nicolas Ghesquière, the artistic director of Louis Vuitton, in a documentary on Mr. Alaïa made by the stylist Joe McKenna and released this year.

Diminutive in stature his models alled him “Papa,” as he was a guardian of sorts for her in Paris at the beginning of her career like that of Algerian model  Farida Khelfa .  Another famous trait was he  was always attired in a uniform of black Chinese cotton Mao-style pajamas, probably imitating fellow Communist Pablo Picasso and a renunciation of bourgeois “style.”

Azzedine Alaïa was born in Tunis, Tunisia, on Feb. 26, 1935 (though some biographical sources list his birth year as 1939 or 1940). He had a twin sister and a younger brother, and his father ran a wheat farm outside the city.

Azzedine became interested in art and design at a young age.“I was helping Madame Pinot,” a French midwife he recalled in an interview with the fashion magazine The Ground in 2011. “I told her that I liked to draw. She gave me books, pamphlets to art exhibitions, and my first book of Picasso.”  Soon she registered him at the School of Fine Arts in Tunis, he said, “against my father’s will.”

He found a job in a small dress shop. “The owner was looking for someone to finish up the dresses,” he said. “My sister had learned sewing with the nuns, and she had a notebook with all the basics. ”

He is survived by his partner, the painter Christoph von Weyhe; and several nieces and nephews.  Some of his designs can be found in a slideshow here.