I am reading the Rise and Fall of the Habsburg Monarchy by Victor Tapie and he writes that Pope Pius II was a humanist. I checked Britannica and they said the same

Pius II, original name Enea Silvio Piccolomini, (born Oct. 18, 1405, Corsignano [now Pienza], Republic of Siena [Italy]—died Aug. 14/15, 1464, Ancona, Papal States), an outstanding Italian humanist and astute politician who as pope (reigned 1458–64) tried to unite Europe in a crusade against the Turks at a time when they threatened to overrun all of Europe. He wrote voluminously about the events of his day.

His full biography is here.

Since Marc Jones has a humanist type, the Splash, and we have already noted that many religious people fall into this category as opposed to the secular humanist no conjunction bowl type, I wanted to see whether the Pope fell into the former category.

We did not rectify him. We are using sunrise in Pienza, Italy for his birth time. He does have a Grand Trine in Air, surprisingly our first (we are going to have to check that), and several oppositions. He is a Splash Humanist like Justice Scalia and many others.

Donald Ervin Knuth was born on January 10, 1938 in Milwaukee, Wisconsin. His father father ran a small printing press that also produced programs for the local Lutheran church. From this we can see that his father (Sun at 19 Capricorn 28) was a major influence in his professional life not only encouraging Professor Knuth in his s TeX and Metafont, digital typesetting programs, but his great Christian faith and love of the the organ.

While his two programs, still maintained, had niche appeal, it was his authorship of the Art of Computer Programming that is considered by most his standout accomplishment. That is because it literally lays out a graduate study program of computer science explaining the theories and algorithms that underpin back-office computing..

Laymen, non-technical readers, can enjoy Knuth in his 3:16 Bible Texts Illuminated where he examines the Bible by analyzing every book’s chapter 3, verse 16 (chosen because of the Gospel of St. John’s For God so loved the world, that he gave his only begotten Son, that whosoever believeth in him shall not perish, but have everlasting life. (King James Bible Version) . Each verse is accompanied by calligraphic art, created under the guide of master typographer Hermann Zapf (his work was picked up by Adobe for a song and incorporated into their InDesign desktop publishing software).

Prof. Knuth’s hobby is the pipe organ. He originally learnt the piano as his father was also the Church organist, but graduated in high school to the organ. He is member of the American Guild of Organists since 1965. He gives many talks on books from the Bible at his church, the First Lutheran church of Palo Alto.

His schedule is on his Stanford University homepage.

James Naismith, born November 6, 1861, Almonte, Ontario, Canada we gave him a rising of Virgo 02, [HS] Children gathering fruit, rather apropos for a man who first used peach baskets for hoops. His proposed chart with Uranus in the 10th 15 Gemini 31 Rx shows how the individual came up with something that would develop the skills of the group. With a grand trine in earth dominating his chart, Dr. Naismith is a splash temperament type, using all his personal experience and knowledge for the public good (all the socially relevant planets are in the south).

As a Presbyterian minister, Naismith was recruited by International Young Men’s Christian Association Training School, in 1891. Once on board, Luther Halsey Gulick, Jr., head of the Physical Education Department told him to invent winter non-contact sport that would replace the boring calisthenics used at the school during the winter, As a former athlete, Naismith relished the challenge though during the long incubation period questioned whether it was possible.

Eventually Naismith selected felt that field hockey, and cricket, sports without body contact were the foundation, but without a scoring mechanism he saw that the idea was doomed. His original team was 9 men for each side and it was via someone throwing something into a wastebasket that gave him the mechanism of shooting into baskets. Indeed, the first games employed half-bushel peach baskets as targets, after hatboxes did not prove sturdy enough, and they needed a stepladder to retrieve the ball after the infrequent goals.

His original prohibitions of walking or running with the ball in one’s arms like football are still the basis of a game that spread throughout the world. A few years later, his wife asked him to modify the setup for women.

As the Y could not fully remunerate him for his work, or even promote it, in 1898 Naismith went to the Gross Medical College, Denver, Colorado, now the University of Colorado School of Medicine. Here he worked on refining the sport, toying with knee pads and getting a medical degree to understand human physiology. For the next 40 years he was chairman of the physical education department at the University of Kansas, Lawrence, where he also coached basketball until 1908. Besides basketball, they credit him with inventing the protective helmet for football players.

William Penn Adair Rogers was born November 4th, 1879 on a ranch between Claremore and Oologah, Oklahoma. We have rectified his chart to 16 Sagittarius, [SS] Sea gulls watching a ship, a symbol demonstrating the spirit’s demand for its full share in the privileges and rewards of all of human society. This gives him the birth time 9:25 AM.

Both his parents had a small amount of Cherokee Indian blood and he quipped about his forefathers being there “to meet Columbus.”. Rogers has a Grand Trine in Water and no air in chart, highlighting how his comments were born more of personal experience than great thought. This is probably why he is a considered a modern “folk hero.” The small stellium in the 5th house is interesting as Pluto was discovered just about when he died; Neptune is the other part of the sandwich with Mars — his sharp tongue — in between. This stellium highlights the problems he had of keeping his wild eyed naivete of the American West all the while it was disappearing.

And Neptune, the alchemical dissolver, highlights as his strongest opposition to his very personal Sun, via the push pull call of the plains (Taurus) vs his personal need to recreate a mythos for public consumption. This dichotomy literally collapsed, when Pluto was discovered and the horrors of the 1930’s Dust Bowl ravaged Oklahoma and the attendant Midwest as thousands of families took flight, chronicled by John Steinbeck’s Grapes of Wrath, to the sunny fields of Bakersfield, California.

Rogers attended Kemper Military Academy in Boonville, Missouri (the school closed after the 2002 graduation)  for two years (“One in the guardhouse and one in the 4th grade,” he said later.) He left school in 1889, and became a cowboy in the Texas Panhandle. Then he drifted off to Argentina and turned up in South Africa a few years later as a member of Texas Jack’s Wild West Circus.

Will Rogers made his first stage appearance in New York City in 1905 where he met many vaudevillians like George M. Cohan, Eddie Cantor and Fanny Brice. He first reached real fame in the Ziegfeld Follies of 1916. In 1918, he started his motion picture career; in ’34 he made it to the Broadway stage.

Rogers married Betty Blake, an Arkansas schoolteacher, in 1908. They had four children. He was killed in a plane crash near Point Barrow, Alaska, while on a flight to the Orient with the famed speed aviator #772 & fellow Oklahoman Wiley Post aboard the Winnie Mae of Oklahoma . The nation doubly mourned; Congress halted and led everyone in prayers. 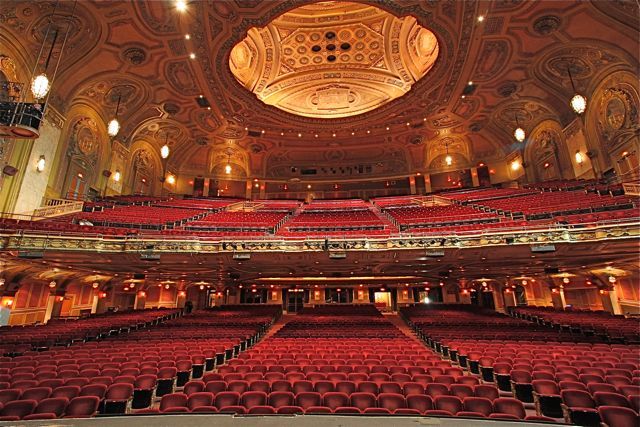 Margo wanted to be part of the party. With a voice like a canary, shown by the grand trine in water, the stellium in the 10th makes her wants her never to be backstage or second best — to ensure that she has foregone her vast talents and been a singing home engineer. This is also where we find also the opposition — 29 Sagittarius 12 to 25 Gemini 16 between Jupiter and the Sun, showing she tends to bite off more than she can chew, is a bit of the prima donna in her personal life and while saying she does not want to be in the spotlight, on the other hand…she craves attention and personal significance.

Bending with an Oppo

This may lead her to bend the truth, or argue too strenuously and alienate those around her, all in her attempt to gain importance, but it never works out as she plans, but instead often ricochets back at her with that square to the North Node/ Ascendant that makes her even more alienated and upset. Perhaps instead, she needs to avoid these unhealthy habits & clean up her act, working more on her honesty and communication skills and less on her fear of exhibiting weakness.

Neptune in the 2nd house often comes up with rich kids; in the worst case like Loire’s chart, it is part of her Dynamic Aptitude and makes it careless with that inheritance. For Margo, it makes her disregard and shun it–Neptune 06 Scorpio 37. Interesting both are Virgo Ascendants, though Loire is at the end near Libra and Margo smack in the middle. Another rich friend, has an ascendant right at the beginning of Virgo, perhaps it is why Eugene Johnson argued for Trump being Virgo 01? Whatever…

The sign Virgo is a crystallization of all that comes before it and why so many have diabetes (crystallization of sugar) & kidney (stone) problems, for Margo with her North Node partile her ascendant there, there is a possibility that her constant demands, careless handling of truth, can tip right over into deceit and infidelity.

Unconsciously, this perfidy may become just another game — filled with trite excuses or another Virgoan foible she may indulge in the gossip that she so disdains — either ways she can bring the moral and physical suffering of the Gotterdammerung upon herself as she fears being found out (Moon 28 Pisces 22 conjunct SN). Marc Jones who felt that the ascendant was overrated, would give the Moon sway here, and say that the fear of being found out was a strong enough deterrent that it does not happen; let’s keep a good a thought and agree. 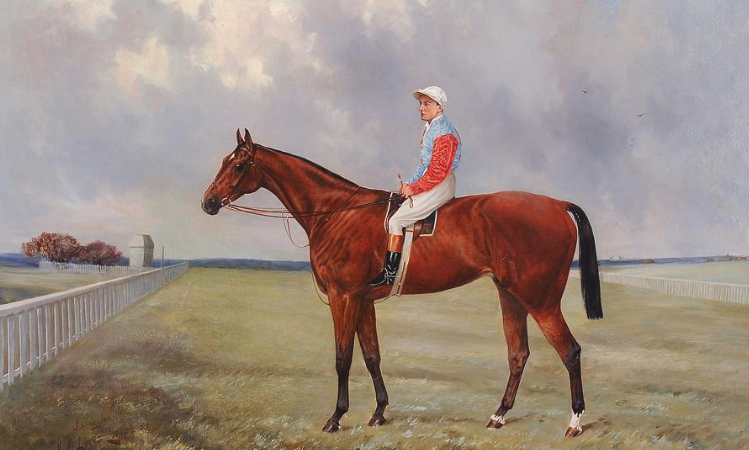 Mr Tommy Loates is listed in the Jones 1000 as being born in Boston, Massachusetts on October 6, 1867, time unknown. Well, in all fairness, the date is correct but the town is not: Loates was born in Derby (pronounced Darby) England. We have rectified his time to 10:32 AM giving him a 26 Scorpio Rising, (HS) “the fate of the old King”. McClung writes that this symbolized a bright in human affairs that accepts unconsciously the culture he finds himself part.

For Loates, that culture was horse-racing, and he was jockey par excellence. By the time he reposed, he rode‭ ‬1,425‭ ‬winners from‭ ‬7,140‭ ‬mounts,‭ ‬spanning ‬16‭ ‬seasons– ‬the highest total (19.997 %) since Fred Archer (who rode 2,748 races from 8,004 mounts, and had a staggering 34.33% win ratio.) He is not listed in the National Horse Racing Hall of Fame, located in Saratoga Springs, New York, because he never competed here but can be found in the Jockeypedia and the British National Horse Racing Hall of Fame located in Suffolk, England.

Loates married after this jockey career, and had no children. 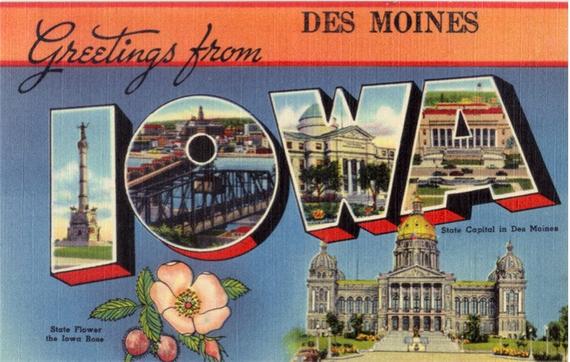 If not for Ed Dearborn’s obit, previously highlighted here, we would know next to nothing about Ms. Aldrich other than she was born on May 17, 1875 in Des Moines Iowa. The Memorial site does not list her. Our next stop is Saturday, and gives 11:34 am for her birth time that is “from memory.” Marc Jones in his Sabian Symbols (the back of which is an index of his 1000 nativities) says 11:55 am.